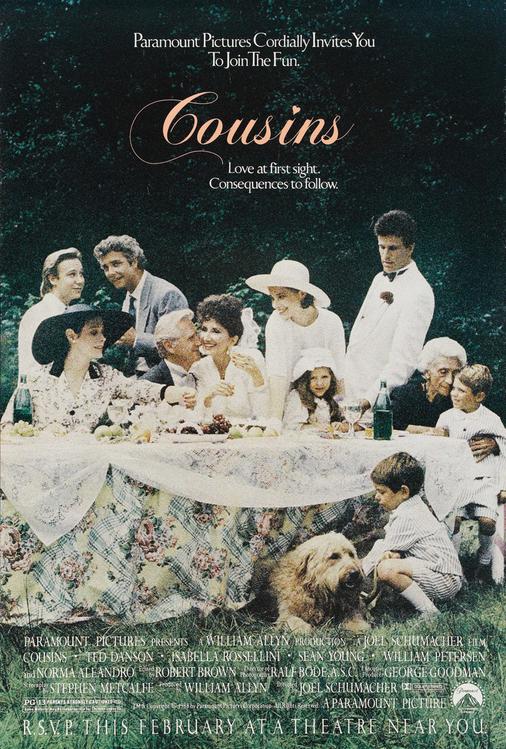 In this American remake of the popular French romantic comedy "Cousin Cousine," Larry (Ted Danson) and Maria (Isabella Rossellini) meet at the wedding of Larry's uncle to Maria's mother. At the reception, the newly minted cousins realize that Larry's wife, Tish (Sean Young), has been having an affair with Maria's husband, Tom (William Petersen). Bonding over their shared outrage at their spouses' behavior, they decide to pretend that they're having an affair as well in order to get back at their spouses.

Due to the continuing COVID threat  in South Florida, we would like to continue precautions for our Friday night showings. We will continue to limit  attendance to 12 people (50%) inclusive of  the two hosts. Although not mandatory at this time, masks are optional. We will confirm the guests with reservations via e-mail. Stay safe, and hope to see you all soon at the movies.

Please note that this schedule is an attempt to accommodate requested favorites, but is by no means cast in stone and may, at our discretion, undergo changes to programming.​​​​ ​​​​​​

The dates in GREEN have some seat availability​, please e-mail me to reserve.​​​​​​​